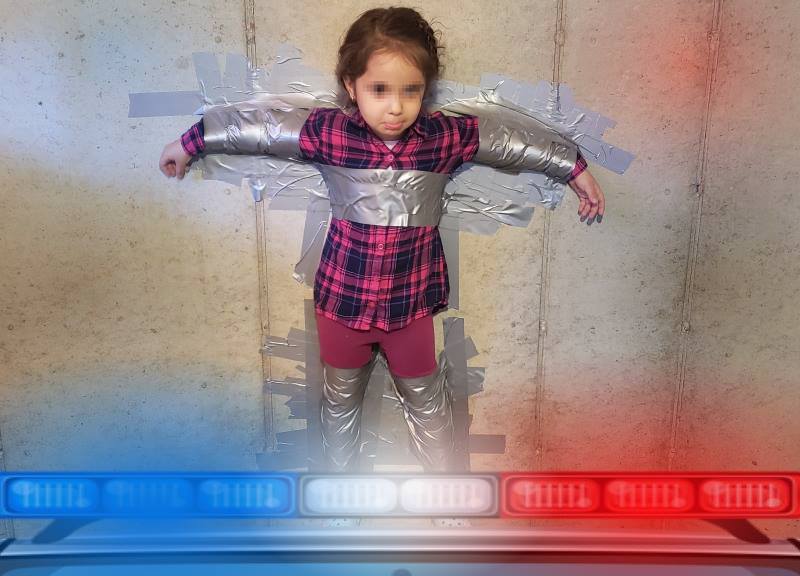 We think it’s fair to say that there are no perfect parents on this planet. What’s the basis for this claim? I think the basis for someone being a perfect parent is being a perfect person. In all the years we’ve walked the planet we’ve yet to come across someone that fits that bill. Sure there are lots of amazing people and parents out there that go way beyond the call of duty to provide for and take care of others but labeling them perfect is probably an unrealistic claim.
If you ask someone to reflect back on their life to see if there was anything they regretted doing I’m sure most people could think of something pretty quickly. Some people might even have a really long list of things that they regret doing. For people with kids some of those regrets might fall into the category of parenting. It’s certainly easy to make bad decisions when you’re low on sleep and out of patience. If you’ve ever started out a sentence with the words, "how many times do I have to", then you know what getting your patience tested feels like.
Despite our imperfections as people we still need to hold ourselves to a standard of being a good person and parent. If you had good parents growing up you might be at an advantage because you had good teachers. If you had bad parents growing up you’ve got to figure out some things on your own. One way we can all learn is by observing other parents mistakes. You needn’t look any further than the news headlines to find some of those. Here are five parent related news headlines that caught our eye. Maybe you’re not the type of person that would ever do any of these things to your children but a few minutes of self-reflection might have you finding smaller things you can improve on. 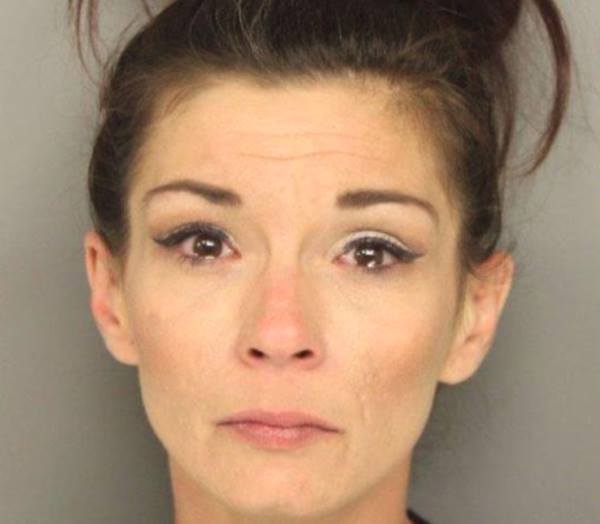 A mother from Simpsonville, South Carolina was arrested after posting a video on Facebook in which she said she "was not playing around and that (her sons schoolmates) better stop messing with her kid". A concerned viewer saw the video online and reported it to the local authorities.

Three days prior to posting the video she took it upon herself to enter a school in Greenville to confront a group of third-grade students she believed were bullying her son. She alleges that her son had been teased repeatedly and in a couple instances been physically harmed/endangered. While at the school the mother allegedly yelled at students, pointed her finger in a "threatening manner" and even "used profanity" when speaking with a teacher.

The combination of entering the school illegally and posting the threatening video led to her arrest. After her arrest she admitted that she regretted "allowing emotions to control" her behavior. "I am absolutely ashamed of myself for the actions of walking up into that school," she said. "I owe the parents, the children and the staff an apology for that. Absolutely, it was wrong... I don't know how I could have gotten my message across any other way."

What’s the takeaway here? Kids can be really mean sometimes and unfortunately that’s probably always going to be the case. The best resolution to a situation like this is to work with the school administrators to try to reduce the teasing and punish any/all physical harm. Taking matters into your own hands will only make things worse.

"Clive Parents Arrested For Giving Alcohol to Minors at Party"

A couple from Clive, Iowa was charged with contributing to the delinquency of a minor and false imprisonment. Apparently a graduation party at their home attracted nearly 100 minors and things got out of hand. A nearby neighbor must have reported the noise coming from the party and that resulted in the police coming to the scene. What can you expect when you combine nearly 100 minors and alcohol? Trouble.

When the police arrived on the scene they found minors all around the property along with empty alcohol containers in the street. One of the intoxicated minors put up a fight that led to his arrest and subsequent sending to the juvenile court system for interfering with official acts.

The parent’s reaction to the police arriving on the scene was to turn off the lights and lock the doors to their house trapping all the remaining partygoers inside. Apparently whatever was going on inside the house would have only made matter worse for the couple. Just maybe the parents knew it was wrong to give minors alcohol in the first place, hmm. What the parents may have not realized is that trapping the partygoers inside the home is considered an act of false imprisonment. Whoops, live and learn. The act of false imprisonment gave police the green light to force their way into the home.

What’s the takeaway here? Kids and alcohol are a bad combination. To be honest alcohol and a lot of adults are a bad combination too. Being proud of your kid for graduating is understandable but it doesn’t mean laws are suspended for the day. Celebrate all you’d like just don’t do anything that might turn the police into party crashers.

"Parents Arrested After Forgetting Toddler Daughter at Park for 14 Hours" 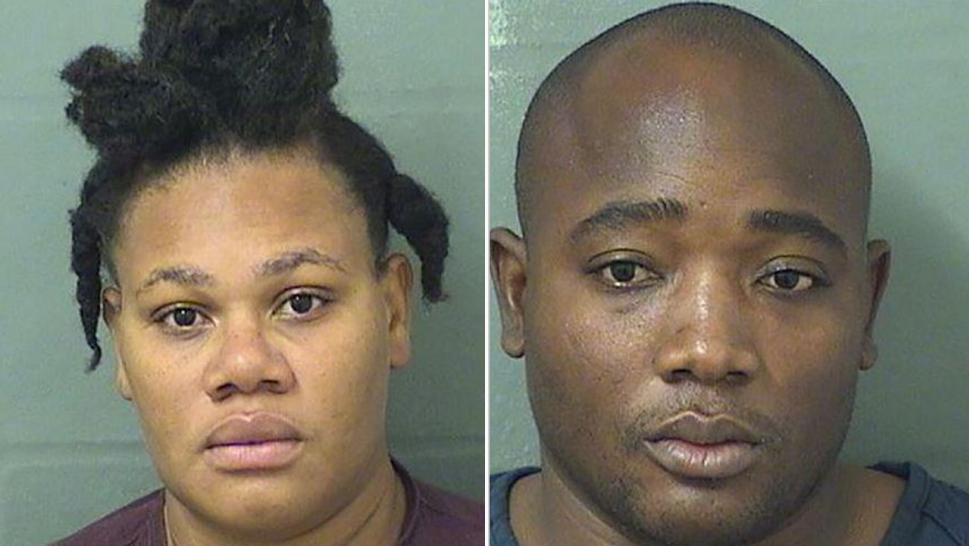 A couple from Palm Beach County, Florida has been arrested after allegedly leaving their toddler daughter in a park and not realizing she was missing for 14 hours leading to a charge of child neglect. Having gone through the toddler stages twice now we know how important it is to keep toddlers under close watch. They’ll sneak off in some random direction like a stealthy ninja attracted by a shiny object or spurred on by their own curiosity.

The 2-year-old was found walking through a local park around 8 p.m. Authorities scoured the park in search of the little girl’s parents and drove police cruisers through the neighborhood, making announcements on their public address systems in effort to track down the missing parents. They even brought in a K9 unit to see if they could sniff out the parents but none of the efforts lead to any success. They finally ended up posting pictures of the girl on the department’s Facebook page.

Around 11:30 a.m. the following day, the girl's mother called 911 to report that her daughter was missing, per the arrest report. Deputies went to the family's apartment, placed the parents under arrest and took custody of seven other children. Wow, eight kids in total! Having a lot of kids isn’t an excuse for losing one but it does certainly makes the event a little more understandable.

Both parents told investigators that they took their eight kids to the park the prior evening to "let the children run around and play for about an hour" the arrest report stated. When it was time to leave the park they told the kids to get in the van and they drove home. When they arrived home the children played outside for a little longer and then called it a day. It was until the following morning on another trip to the park when the parents realized one of their children was missing. It’s amazing that it took 14 hours before 9 family members noticed someone from their household was missing. Only two of those 9 people are adults but you’d still think at least one of the other siblings would have spoken up. Wow.

What’s the takeaway here? Most toddlers and some parents can be pretty irresponsible at times. If you have a large family use the buddy system or make frequent head counts to make sure none of your family members have gone astray.

"Teen forced to hold ‘I lied’ sign at busy Fla. intersection as punishment" 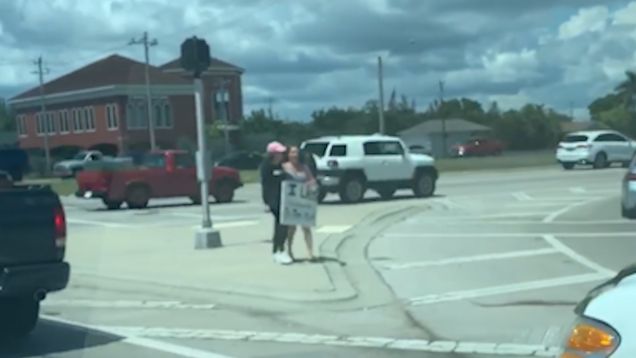 A woman in Cape Coral, Florida became fed up with her 17-year-old daughter repeatedly lying to her so she gave her daughter two forms of punishment to choose from. Her daughter could either spend the entire summer grounded or face some public shaming. In case you couldn’t already tell her daughter opted for the public shaming punishment.

The young girls public shaming came in the form of holding a large sign in a busy intersection that read, "I lied, and I disrespected my mother". At least one onlooker felt the need to tell what was happening to the police and reported the traffic hazard. When the police responded to the intersection they addressed the issue and likely sent the family home. No news outlets reported that formal charges were issued but a repeat performance might result in the mother get some punishment herself.

What’s the takeaway here? If you publicly shame your child you just might bring some public shame on yourself too. Also standing in the middle of a busy intersection with a sign that’s distracting drivers probably isn’t the safest thing to do. If you want to give your child punishment options maybe limiting the options to things that are more conventional is best.

If you thought the public shaming story above was bad parenting you’re going to love this news story. Apparently someone posted a seven second long video to WorldStarHipHop.com showing a young girl clinging to the hood of a car and screaming while the car was in forward motion.

We’re not aware if the person driving the vehicle has been captured but given the intensity of the video we’re sure a lot of people will see and the person(s) responsible for this will likely be charged. There’s pretty much nothing you can say that would get you out of trouble for this unless the little girl was a carjacker, that’s highly doubtful.

What’s the takeaway here? No form of punishment that could cause permanent harm or death to a child should ever be considered. As frustrated as one might be with their child’s behavior there’s no excuse for taking things this far. Secondly if you’re going to do something that’s illegal making a video of it and posting it online reinforces that this person has poor judgment. We hope that this little girl never has to experience anything like this again.